I am in Three Rivers, California on the North Fork of the Kaweah River only a  few miles from the entrance to Sequoia National Park, staying at the Three Rivers Bed and Breakfast right on the banks of the river(the above is a picture of my across-the-street neighbor). The town should actually be named Five Rivers, since there are five branches of this mighty river running through here. But… that is not my problem. I had problems enough of my own last night resulting solely from the distance of yesterday’s drive from Las Vegas. I underestimated the difficulty of driving through the Mojave Desert and the Great Basin. Lots of two-lane roads linking the larger potholed four-lane roads. Bleakness personified. I passed the turn to Edwards Air Force Base right outside of Boron, California. That should offer a clue to the scale of it all. I am sure the Space Shuttle could easily find its landing site from outer space…

After coming through the desert, I encountered an unexpected and arduous drive over the Sierra Nevadas in the snow. Surely, you are thinking it was the snow I did not expect, but, actually, it was the mountains! I saw them off in the distance -majestic- as I wondered how and where my road would veer around them. You can guess the rest. Because snow was falling pretty heavily, the traffic was slow going up and down, but I never felt in any danger, just a little tense (understatement)and mad at myself for not having a real atlas. And I love atlases! I think I must have recycled mine the week before I left and thrown it out with a stack of New York Times. Anyway, Mapquest never mentioned the mountains and I never thought to ask. Mea culpa.

I had only written out the directions as far as Visalia, so I was disappointed to look at the approach directions printed by my hosts to find that there were still another 30 or so miles after that and that I had to head back up into the foothills of the Sierras. The daylight was waning, but my required U-turn of sorts rewarded me with a magnificent long view of the silvery peaks I had crossed earlier that were now laid out right before me. I drove straight for them with the setting sun at my back. Grandeur worthy of a Bierstadt painting.

It was such a pleasure and a relief to wake up to a beautiful blue morning today and learn just how amazing the scenery had been last night (but I will get to that in today’s post). I missed it all. The rising road took me through an area that made me think of Topanga Canyon Road near Malibu -kind of wild and just as dark.

I arrived at my destination, met my very helpful host, Peter, dropped my bags and returned to a little pizza place I had passed on my way in. I ate with the locals, pizza on paper plate on a large wooden table next to families and groups of boys watching a basketball game on a loud TV. I  made my way back to the house on the river where I found Peter tending a wonderful fire. He proved to be a wealth of information about all the things I wanted to know about in preparation for my excursion the next day into the Giant Forest until I could no longer keep my eyes open.

I slept the sleep of the just. 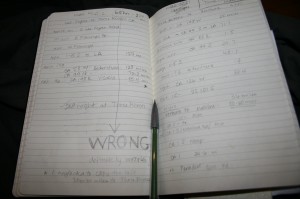 PS Anna: It gets so much better with today’s post. I promise!