My favorite find was Maya Lin’s Silver River, 2009 (above)behind the Aria concierge desk. It is a topographical representation of the bed of the Colorado River.

The stunning shift of arriving in Las Vegas straight from the splendor of the Grand Canyon left me determined to find something to embrace. It turned out to be easy. Here are a few of the highlights.

The view from the apartment looking east. 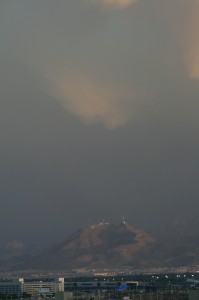 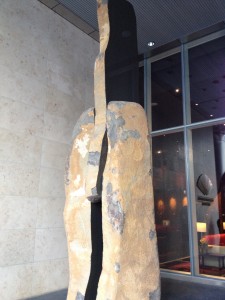 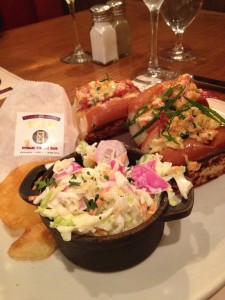 Jenny Holzer’s Vegas, 2009 reflected here in a window of the Aria Casino 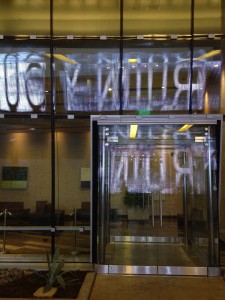 The water wall at the valet at Aria. It reminded me of a Pat Steir painting and captivated as the water flow changed from a trickle down the pebbled gray wall to a summer storm 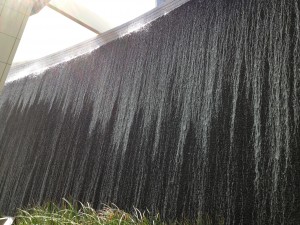 Doubling my money! Anyone who knows me will find this entirely plausible: I arrived in Vegas with exactly one dollar in my wallet. I had left the Canyon with eight, but had to pay seven dollars to park at the Hoover Dam. I made one pull at a dollar slot and made two! 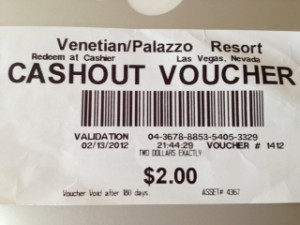 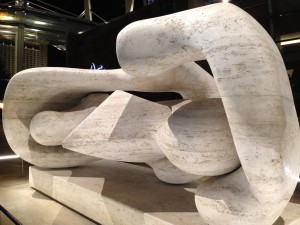 The bunuelos with caramel sauce and a delicious glass of Casa Don Pedro Ximenez sherry – for lunch!! 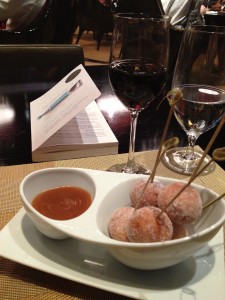 The bar on the 23rd floor of the Mandarin Hotel and dinner following in Pierre Gagnaire’s Twist. 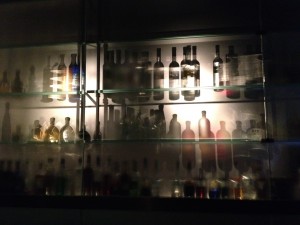 Richard Long’s Circle of Chance and Earth, 2009 in the lobby of Jeff’s apartment as seen from across the street. He created the wall paintings from mud he brought with him from the River Avon. A kindred spirit,indeed. 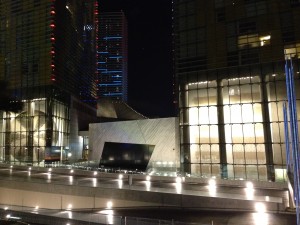